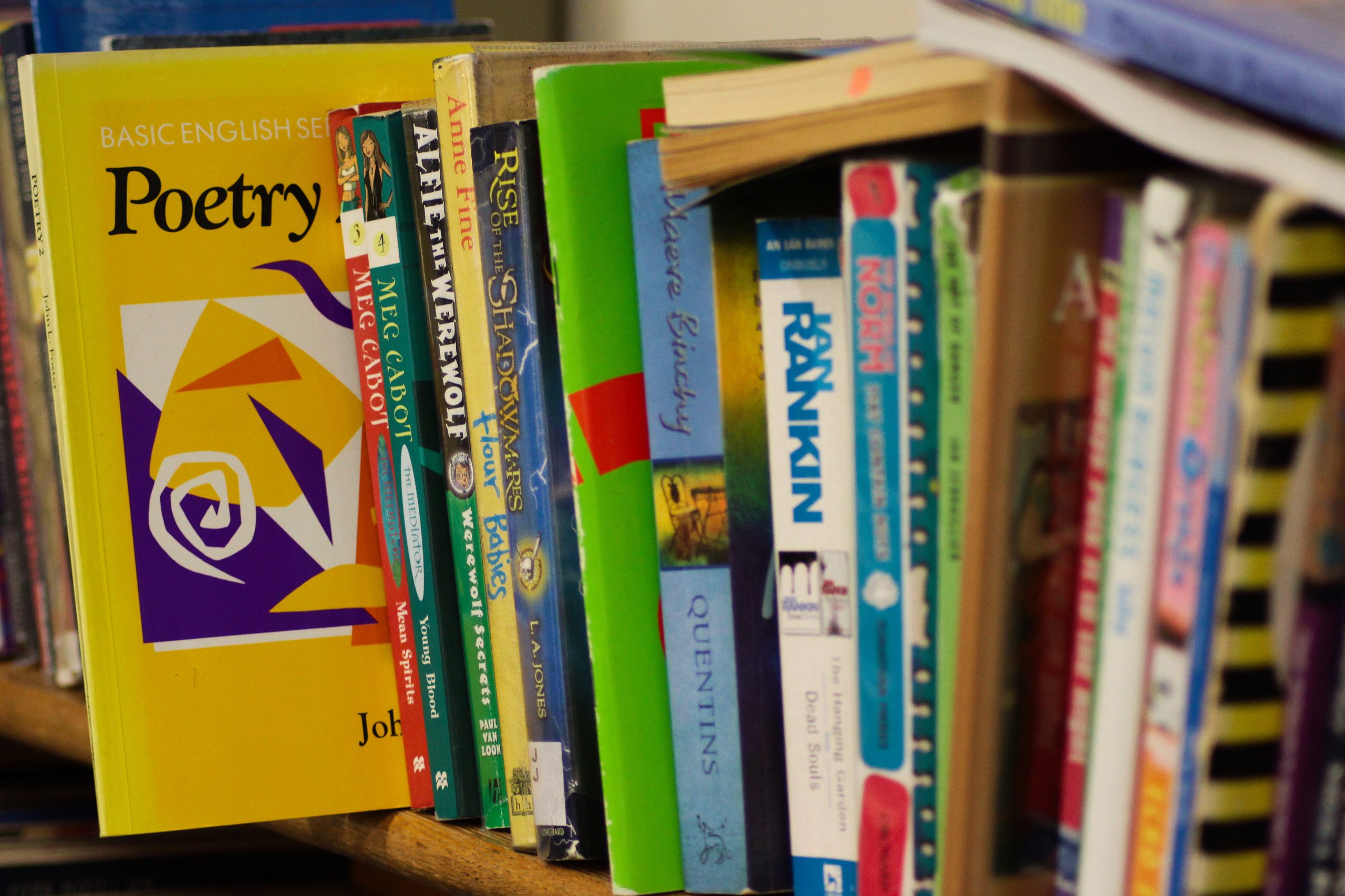 The Queen Victoria School English Department believes that the teaching of English is of imperative importance to the School and all students.

The English Department has undergone many changes in the past few years, and there are more to come. Some things will always remain constant, however, and these centre on developing our pupils’ knowledge and experience of language and literature. The Curriculum for Excellence sums it up: “Through language, children and young people can gain access to the literary heritage of humanity and develop their appreciation of the richness and breadth of Scotland’s literary heritage. Children and young people encounter, enjoy and learn from the diversity of language used in their homes, their communities, by the media and by their peers.”

In S1 we aim to stimulate imagination and creativity by looking at old myths and legends and fantasy writers such as Roald Dahl’s book, “About Boy” (which he denies is an autobiography), is a popular S1 text and stimulates interesting personal writing pieces. Creative writing arising from media texts such as “Titanium” also feature in the wide imaginative experience aimed for in S1.

S2 focuses on young people facing difficulties and learning to cope with the wider world. Texts include “Oliver Twist”, “The Diary of Anne Frank” and “The Boy in the Striped Pyjamas”. Research projects using online sources are a feature of both S1 and S2 and often lead to commendable class presentations and wall displays.

S3 is a preparation for the more challenging work of National Courses and so texts are more challenging. The study of war poetry, for example, is a frequent topic in S3, as is the literature of dystopian fiction.

Much of the serious work for National 4 and 5 courses get underway in S4 and here texts aim to deepen pupils’ understanding of the world around them. Traditional texts such as “An Inspector Calls”, “Romeo and Juliet” and Steinbeck’s “Of Mice and Men” feature prominently. The Department is lucky enough to have almost the full range of choices for the Scottish Texts part of the National 5 course and the poetry of Duffy and MacCaig are popular as well as the plays “Tally’s Blood” and “Sailmaker”.

In Higher, texts become more philosophical and challenging and can range from “Lord of the Flies” to “Othello” and “Hamlet”. One of the important aspects of Higher and National 5 courses is the focus on close reading. This centres chiefly on good quality journalistic articles so that pupils become even more aware of how language can be used to control information and manipulate feelings – all to help them understand how the forces that impel society and the wider world are caused and shaped.

Sometimes, when there is sufficient pupil uptake, Advanced Higher can run, but that does not happen every year.

While we believe in setting classes according to ability, when it is possible to do so, there is frequent movement of individuals between groups from year to year. Because pupils progress at different rates, depending on experience and maturity, it is common to find a pupil who may have begun in the support group in S1 gaining a Higher award in S5 or S6. We believe in encouraging every pupil to achieve the best of their potential and have a policy of not closing doors on pupils and their opportunities.